With our newly improved name (don’t worry, we’ll still be UGAtheists at heart) we’ve decided to move our blog to Tumblr, for easier following and blogging options. Be sure to follow us at Tumblr here!

You’ll still be able to find us on Facebook, where you will be able to say whether you are going to meetings or not. The Facebook group is set to private so that your friends and family will not know that you’ve joined if you don’t want them to.

And don’t forget, our first official meeting will be next Monday at 6:15pm. We are still discussing where we will meet, so be sure to follow us on one of the three mentioned in this post in order to keep up!

A new semester is upon us here at the University of Georgia. We hope everyone is settled back in from their (hopefully relaxing) summer.

The Secular Student Alliance will be having its first official meeting of the Fall 2013 Semester next Monday at 6:15 at a soon-to-be determined location.

So check up with us on our Facebook group to stay up to date on all of the latest events!

We are ending the semester off just right! Welcome to SSA Week 2013! “This has been an amazing year so far for the Secular Student Alliance. To celebrate all of the wonderful work our students are doing, the SSA is celebrating SSA Week from April 29th-May 6th! This is a week devoted to celebrating secular student activism.” As a part of the Secular Student Alliance, UGatheists are thankful for their help and we will be thinking of them as we hunker down for our finals!

On their page, linked above, is a schedule of online bloggers that will be discussing SSA Week, so be sure to check in!

At the end of this semester, we will be saying goodbye to many familiar and beloved faces and some of whom are on our very own Executive Board.

In our last meeting, on April 22, elections were held to vote in our new Secular Student Alliance – UGA  Executive Board!

Enjoy this awesome photo of our favorite people.

At tonight’s meeting we prepared for Darwin Day by making posters and watching videos about Darwinism.  At Darwin Day awareness about evolution and Charles Darwin will be raised and baked good will be sold in order to help fund the SSA’s operations.  Participating in Darwin Day is one of the many ways in which SSA members can support the group.  Jack Kelly also announced that the next opportunity to help beautify Dudley Park will be on February 24.  Please participate in that if you are available to do so.  Also, SSA shirts are available for sale for $15 each.  Please buy one if you have not already.  The shirts are creative and well designed and would help raise awareness about the SSA.

Here are the videos that Rachel showed us:

Another issue that Atheist Activists experience is the discrediting of their own causes.  For example, the American Atheists made this blog post: “One thing we need to keep in mind is that Muslims are particularly barbaric and primitive even more so than their comparative mythologies.”  Such claims do not make Atheism attractive to outsiders and some insiders.

Here is a list of some famous Atheist Activists:

James Randi – “Former magician and paranormal investigator who debunks psychics, mediums, and others who claim to have supernatural ‘powers.'”

I think that both camps should share each other’s goals and form one solidified Atheist and secular community.  Reducing anti-Atheist and other anti-secular sentiments, and creating understanding and awareness are key for Atheists becoming accepted and given credit by the rest of society.  Persuading others of Atheism’s validity through reasoned argumentation will function to achieve many goals such as; separating church and state, reducing anti-Atheist and other anti-secular sentiments, falsifying other discriminatory beliefs that originate from interpretations of biblical texts, creating awareness and acceptance for Atheists and other secular persons, as well as other goals.

Furthermore, militant Atheism and other forms of militant secularism thwart their own goals of appealing to and being accepted and understood by the rest of society.  Militance leads to xenophobia and the creation of something that is equivalent to religion.

Catherine Backus, a 2nd year Music Therapy major at UGA, has a contagious love of life!  She hopes that “the whole songwriting/performing gig will pay the bills,” but she would also love to work as a music therapist with psychiatric adult patients.

Catherine, who identifies as a “gaytheist,” may not adhere to religion, but she certainly knows how to find and create beauty in the world!  She’s a bibliophile (Ralph Waldo Emerson is her intellectual crush!) and has an encyclopedic knowledge of pop culture.  Vocalists Sporty Spice and Brandi Carlile are important sources of inspiration for her.  Catherine doesn’t limit herself to being a vocalist: she also plays a mean trumpet and guitar.  She and her sister, natives of the Appalachian Mountains of East Tennessee, perform as a “folk-music-for-pop-culture” duo called the Skipperdees.  (Hear them here!: http://music.theskipperdees.com/)  When Catherine isn’t making music or losing herself in a good book, she is probably making REALLY GOOD PANCAKES!

Her philosophy of life is very much informed by Le Petit Prince.  To Catherine, being an atheist “means following beauty – focusing not on things eternal, but on things ephemeral.”

Join us again in Fall 2013! Our last Spring semester meeting was held on April 22. Next Monday we will simply meet somewhere downtown to socialize so be sure to join us on our Facebook Group for more details!

Our mission is threefold.

We seek to provide a community and support group for non-religious students in a religiously dominated part of the country.

We seek to serve local, national, and international communities through a myriad of charitable endeavors by participating in community service, volunteering, and fundraising.

We seek to educate the public about atheism and improve the standing of the non-religious in today's society through fun, peaceful, collaborative, and tactful displays and events. Our members are living examples of the maxim that one does not need a God or religion whilst in the pursuit of excellence, meaning, or good deeds. 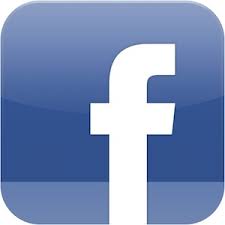 Join our Facebook Group for all the latest news!

Secular Student Alliance at UGA
Create a free website or blog at WordPress.com.